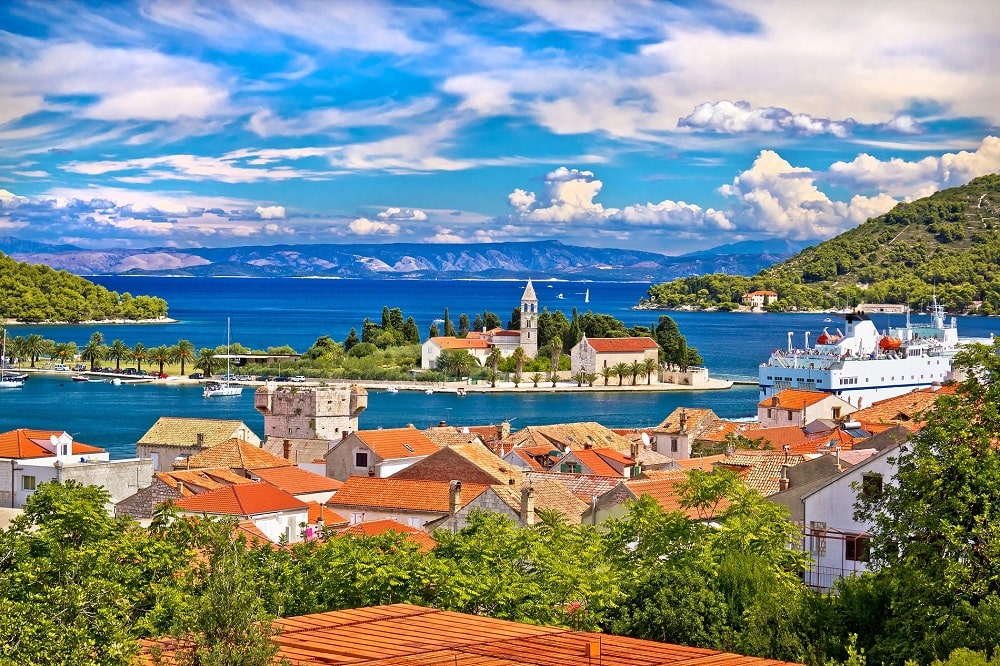 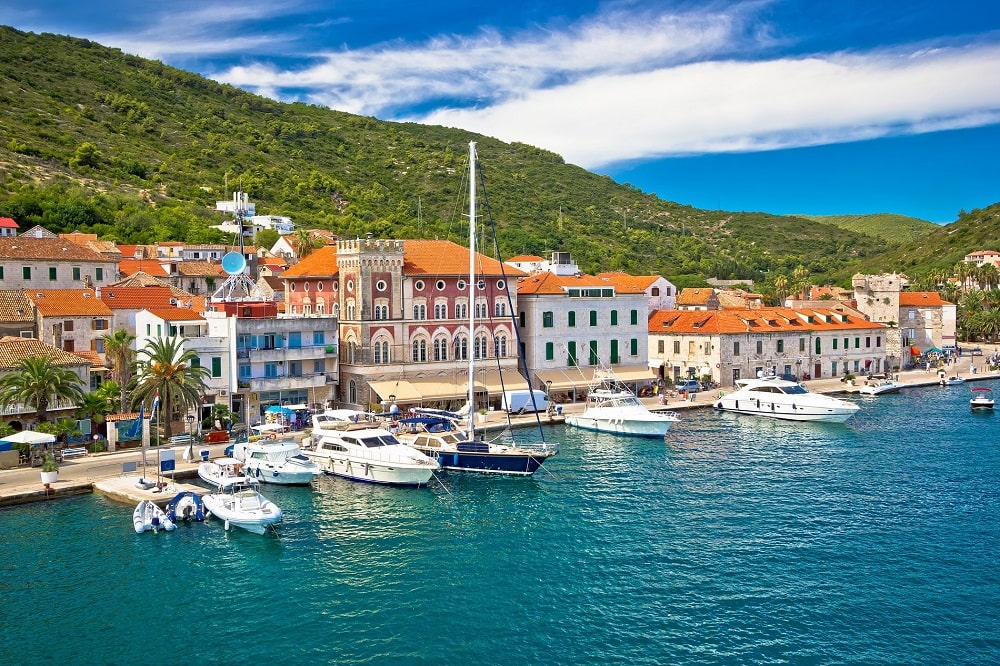 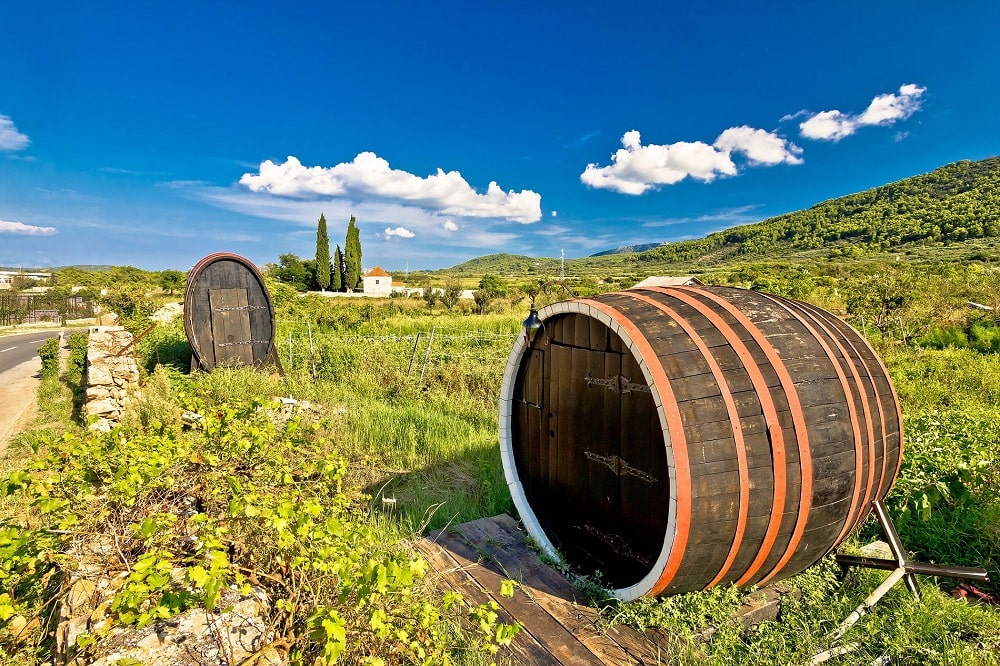 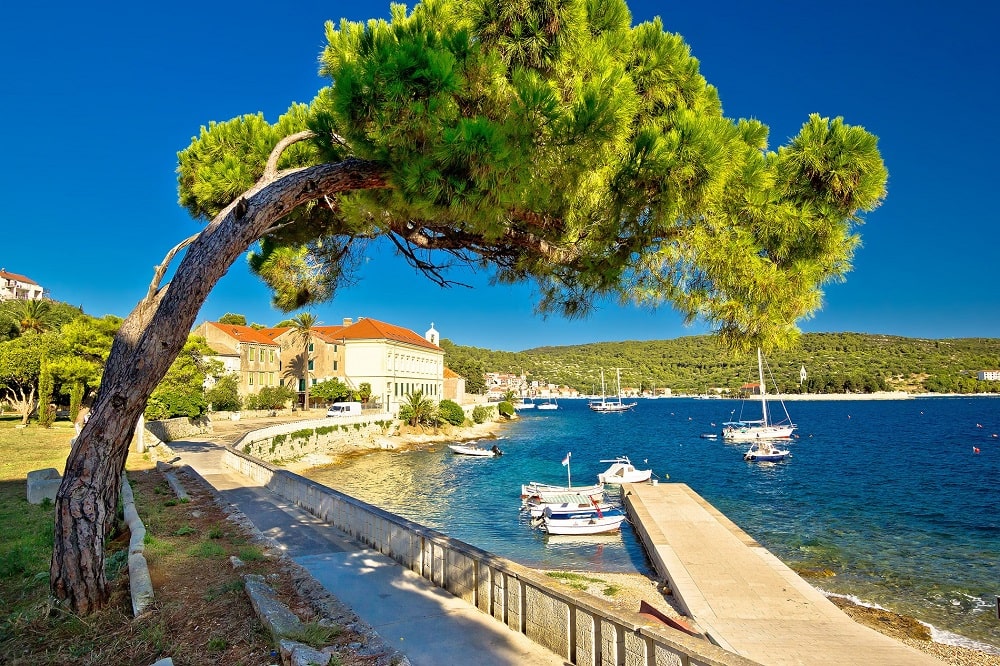 The island of Vis is located between latitude 43° 12'' and 43° 48' 6'' north and longitude 16° 3' and 15° 48'' east. It is 45-55 km away from the shore depending on the point of measurement. Vis is 18 km from the extreme western point of the island of Hvar, and 147 km from the closest point on the Italian shore. The island of Vis is trapezium-like; its longest longitudinal line, which connects east and west, is 17 km long, and the one that bonds the north to the south is 8 km long. The surface area of the island is 90 square kilometres. Two large bays, one to the north, St. George's port and the other on the western part of the island, Komiža Bay, are indented deeply in the Vis trapezium.

The Island of Vis is created mainly of chalky limestone and dolomites whist the north-eastern and eastern part of Komiža Bay is made up of Triassic and igneous rocks. Vis is always mentioned together with the smaller islands: Biševo, Svetac, Brusnik and Jabuka. The climate of the island of Vis is Mediterranean with hot and dry summers and gentle and humid winters. The average annual temperature surpasses 16°C. The average summer temperature is lower than that on the mainland by a degree or two, and higher by a degree or two during the winter. The average annual rainfall is 800 mm per m2, which is slightly lower when compared to neighbouring islands and the mainland, whilst due to its geological structure the island has more fresh water sources than neighbouring islands. However, the plantations of palms, oranges and lemons, oleanders and aloes, Indian figs and other subtropical plants best characterize Vis' climate. 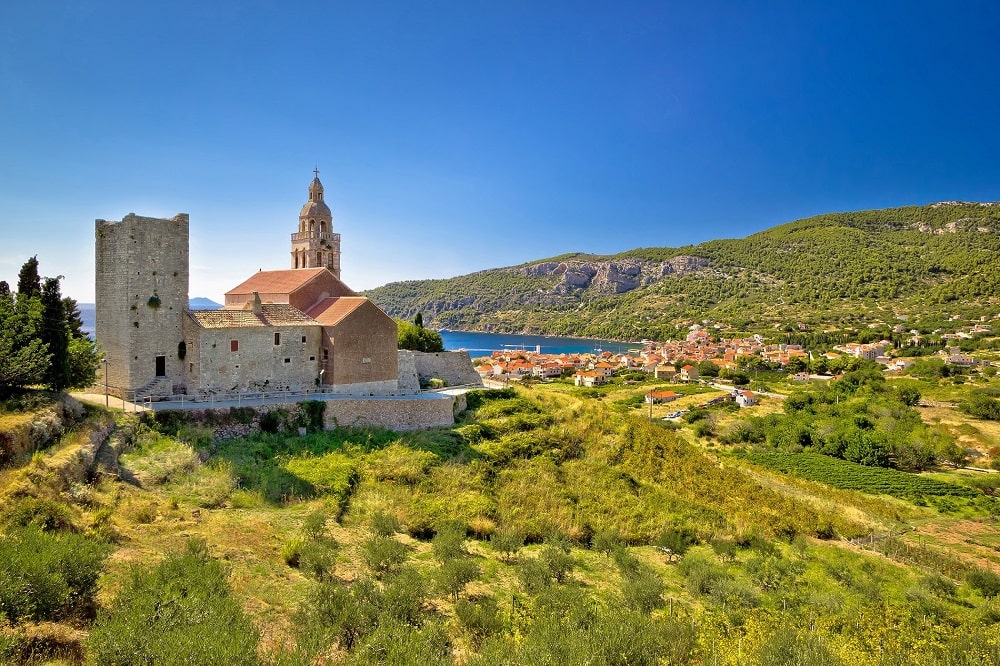 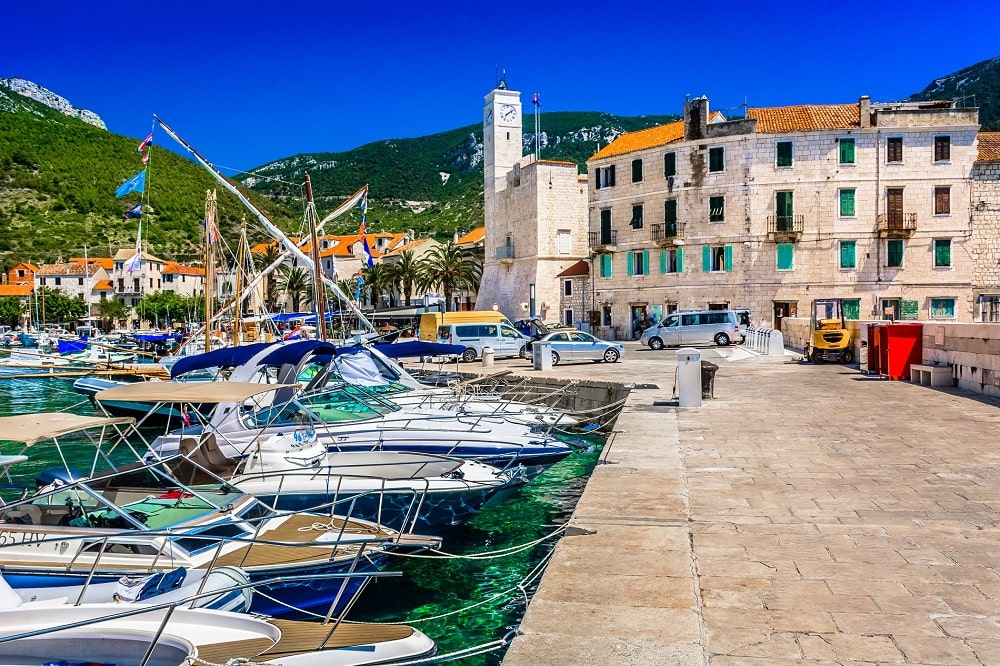 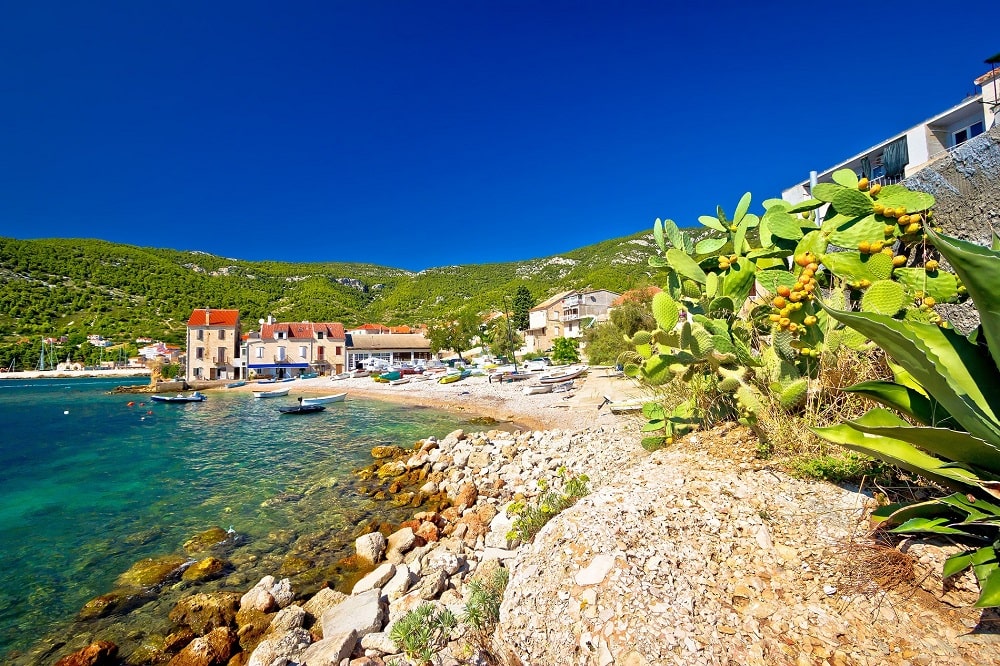 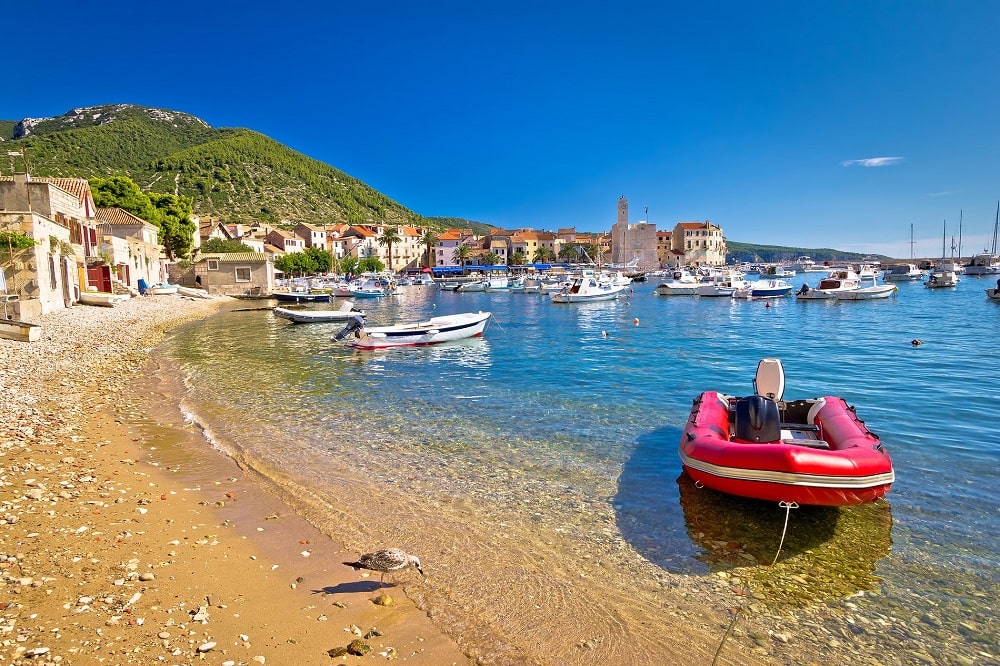 Around ten kilometers from the town of Vis, in the bay of the same name located in the middle of the south-eastern Vis coast, is Milna, the first famous Vis summer resort. Above all, Milna is famous for its Plavac Mali grape variety planted in the entire karst valley; from Podstražje to the sandy beach in the bay itself.
The first summer houses were built in Milna at the beginning of 20th century and the fishermen's harbor, as well as Bargujac or Rogačić, began spreading at the end of the 1960s becoming a popular weekend settlement. This is how nearby Ženka was founded. The only coastal settlement without its own bay was constructed on the rocky part of the south-eastern coast; Zagrebenje.
There are two roads leading to Milna and Ženka; the old road passing through Postražje and the new one passing through Stončica.
There is a restaurant in Milna, and you can buy fresh fish from the local fishermen. The nearby and most beautiful beach on the island, Zaglav, is just fifteen minutes walk away along the footpath.

Natural beauties of the Island of Vis:

THE BLUE CAVE The Blue Cave is located on the island of Biševo. With regard to its geomorphologic characteristics the cave is particularly interesting and represents a typical limestone structure. The special attractions in the cave are the distinctive light effects created by the fracture and reflection of sun rays from the sea bottom. The cave today is a favourite tourist destination.

MEDVIDINA ŠPILJA (MONK SEAL CAVE) The Monk Seal Cave is located on the island of Biševo and has special geomorphologic characteristics. Its aperture onto the sea's surface is relatively large, but it gets steadily smaller towards the interior. The cave is 160 metres long and the end is incredibly narrow and low terminating in a small beach. This cave was the habitat of one of the most endangered mammals in the world - the Mediterranean monk seal, an extremely rare type of seal. After a long period of the almost complete absence of this extremely beautiful animal from our part of Adriatic, in the last years we have had the rare chance to meet it again. For this reason, it is not so surprising that we look forward ward to the return of these former inhabitants to the Cave.

STINIVA BAY Stiniva Bay is located on the southern part of the island of Vis. It is approachable from the sea through a narrow passage after which the bay broadens and ends in a beautiful beach. There is no road leading to the bay and for this reason it has managed to preserve its natural beauty.

THE CAVE IN THE ISLAND OF RAVNIK The cave on the island of Ravnik is well known as a Green Cave. It is a cave formed by means of abrasion with two entrances and an aperture on the top through which light enters reflecting colours from the sea bottom painting its walls green. In the period of the Second World Ware,smaller warships also found shelter here.

THE ISLAND OF SVETAC The island of Svetac or St. Andrew, located 14 nautical miles from Komiža, is one of the Adriatic islands that was once inhabited but which no longer is. The sea surrounding the island is abundant with fish and colonies of a number of rare bird species can be found on the rocks of the north-western parts. On one of the island's peaks Byzantium and prehistoric remains can be found proving the existence of inhabitants on the island even a thousand years ago. 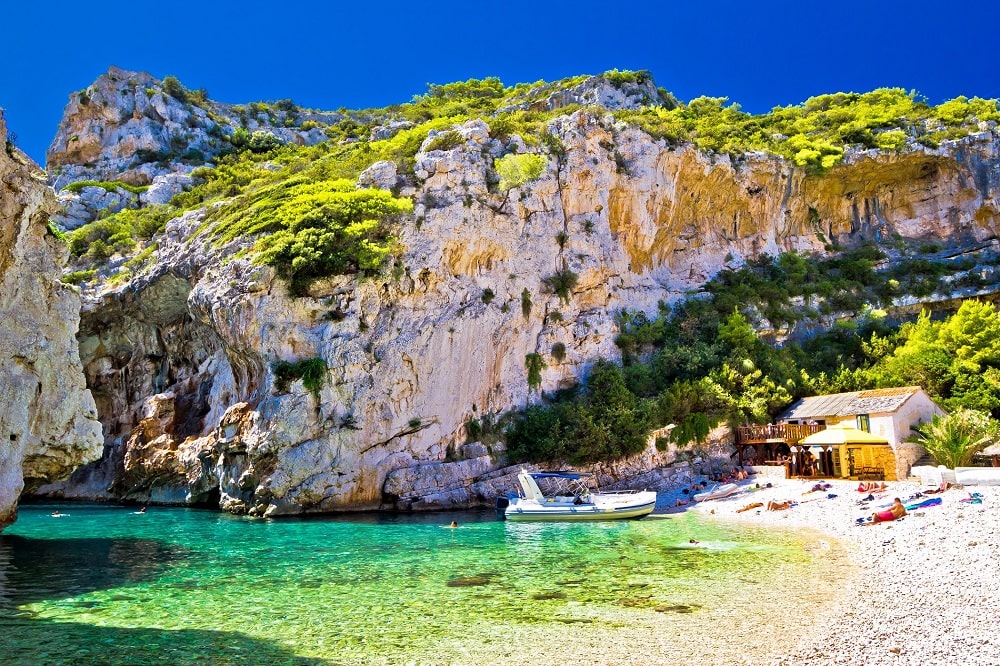 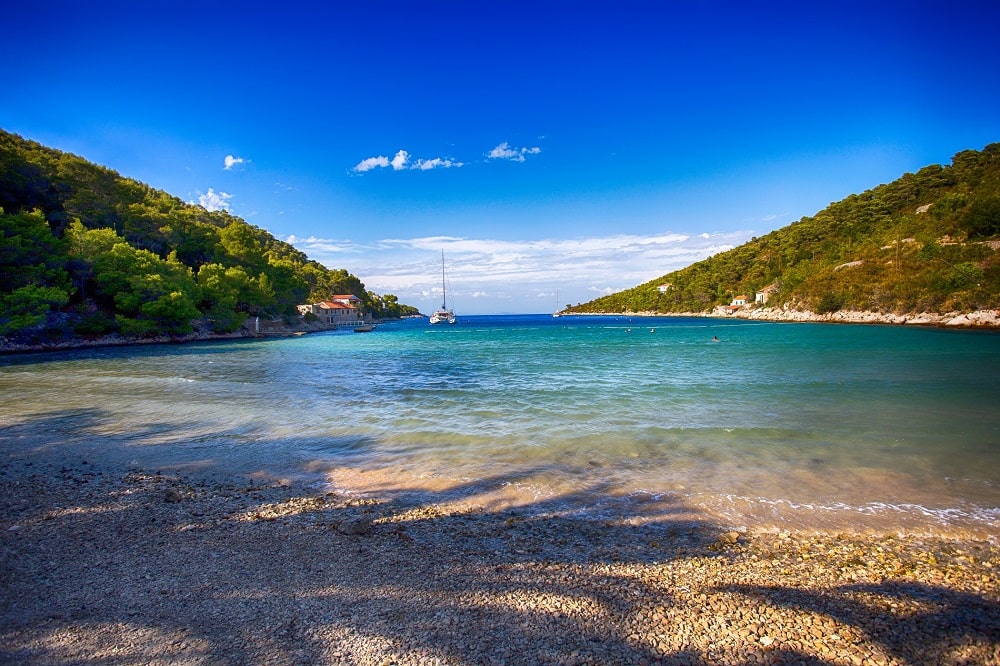 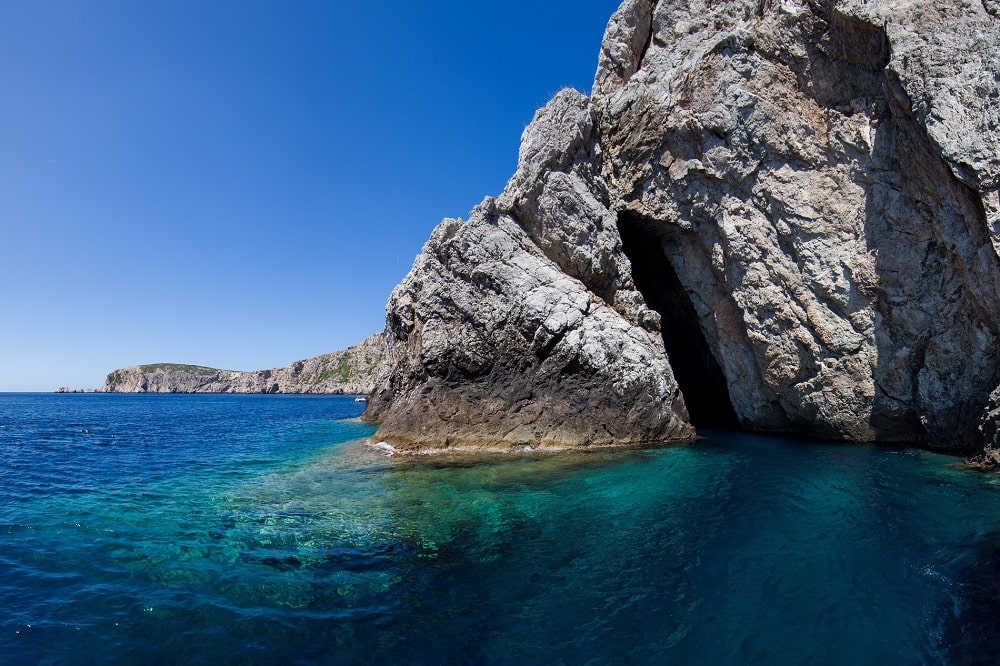 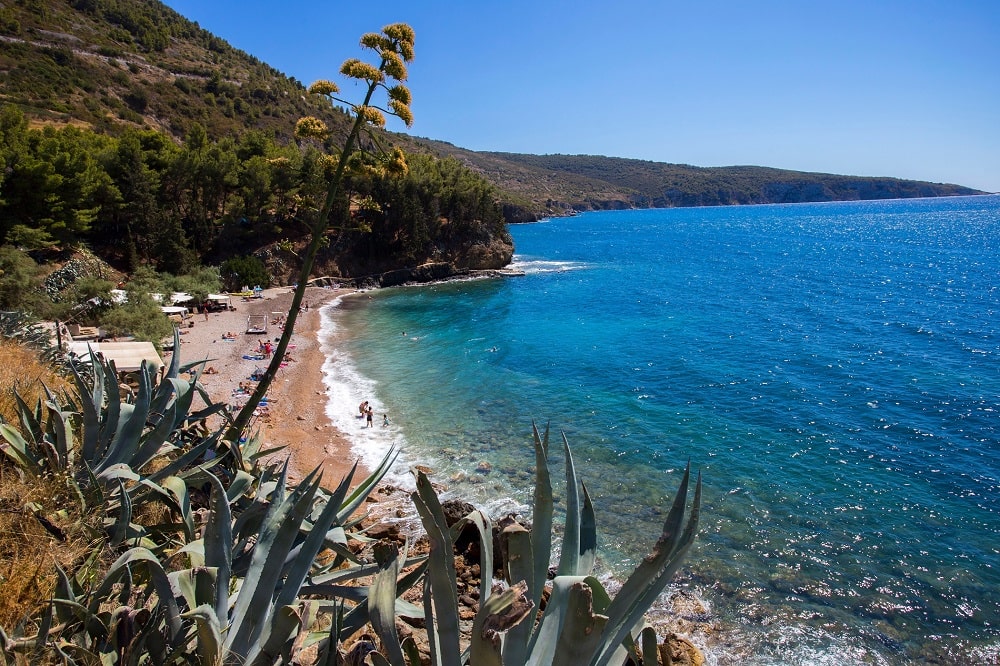